Starting in April, 22 European countries began sending children back to school in waves. The specific safety measures implemented across the Covid-ravaged continent differed, but none approached the reopening of schools as anything close to “normal”.

Under strict protocols imposed by the French government, for example, parents were required to take the temperature of their children before arriving at school, lesson and recess times were staggered to avoid student contact, class sizes were limited and ball games were banned. Schools in Germany broke students into smaller groups, implemented one-way systems in hallways to prevent mixing, and kept doors and windows open to help with ventilation. Denmark held some classes outside.

Despite the pressures on teachers, parents and students, the reopenings didn’t lead to a significant increase in coronavirus infections among students, teachers, or staff. The European experience, however, was brief. Schools were open for just a few weeks before closing again for the summer.

“So far we haven’t heard anything negative about the reopening of schools, but it is probably too early to have final conclusions on that,” Blaženka Divjak, the minister for education in Croatia, told reporters in May. 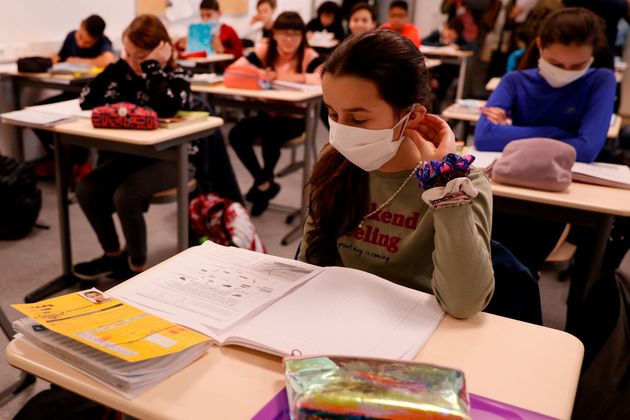 Now, countries are facing the pressing question of whether schools can open safely after the summer break — a much larger test than Europe’s brief experiment earlier this year. Parents, teachers, students, school administrators and public officials around the world are currently engaged in heated debates about how students can return to classrooms, and whether doing so will put more lives at risk.

In New York, mayor Bill de Blasio has insisted that schools open as scheduled on September 10, despite pushback from unions representing teachers and principals, who are arguing for a delay.

“We owe it to our kids to get this right,” de Blasio said on Wednesday. “We are moving forward with that spirit, of devotion to our children.”

Here in the UK, prime minister Boris Johnson has similarly framed the reopening of schools next month as a moral imperative and a “national priority.”

“Now that we know enough to reopen schools to all pupils safely, we have a moral duty to do so,” Johnson wrote in The Mail on Sunday. “Keeping our schools closed a moment longer than absolutely necessary is socially intolerable, economically unsustainable and morally indefensible.” 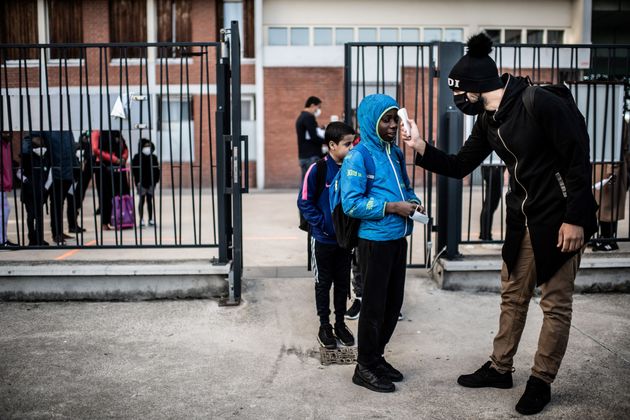 Getting students back into classrooms may require trade-offs, scientists have warned, in order to keep the coronavirus infection rate under control. In the event of flare-ups, the UK government is reportedly considering closing pubs, restaurants and shops so that schools can remain open — despite pushing hard in recent weeks to relax lockdown restrictions and get the economy moving again.

Teachers and scientific experts have also called for the country’s test and trace systems to be ramped up before students return to school.

Anne Longfield, England’s children’s commissioner, said this week that regular testing of pupils and teachers would need to be carried out as frequently as every week to keep transmissions down.

“I think it needs to be as regular as it needs to be, to ensure that the infection is caught and identified as quickly as possible and then the tracking system can move on from that,” Longfield said.

A study published in The Lancet this month warned that reopening UK schools without improving the test and trace systems threatened to trigger a second wave of coronavirus infections this winter that could be twice as big as the first.

That concern is shared by experts in the US.

“When school starts, both at the high school level and in college and universities, we think we’re going to see an explosion of cases in September that will far surpass what we saw after Memorial Day, and that this is just going to continue increasing, getting higher and higher in terms of numbers,” Michael Osterholm, director of the Center for Infectious Disease Research and Policy at the University of Minnesota, told CNN this week. 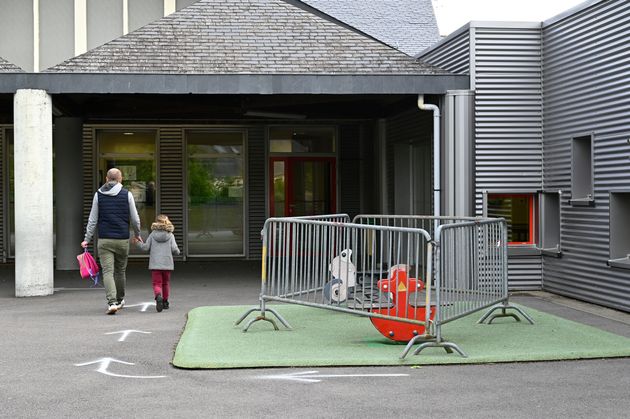 The early success in the spring has allowed many European countries to gradually ease restrictions. French president Emmanuel Macron announced that attending school would be “obligatory” starting on June 22, and safety measures for schools were relaxed significantly. Physical distancing rules would be lifted in kindergartens, while primary school students would be asked to maintain one metre distance between themselves and teachers while in classrooms.

As of June 24, more than 80% of schoolchildren had returned to classrooms, according to the Ministry of Education.

“Today it is because we have very high quality school directors that we have been able to achieve complete school deconfinement and be the country in Europe which has the most students returning to school after a deconfinement,” France education minister Jean-Michel Blanquer said.

When the new school year begins on September 1, the guidelines will be relaxed even further. According to the new health and safety requirements announced last week, strict social distancing will no longer be required, and restrictions on mixing between different classes and groups of students will be eased. Students within the same class or group will be allowed to share toys, books and other materials.

Students over 11 years old must wear a face mask, both indoors and outdoors, and when traveling between classes. Staff and teachers in elementary, middle and high schools will be required to wear masks in situations where a distance of at least one metre cannot be guaranteed, particularly in common areas like the teachers’ lounge. 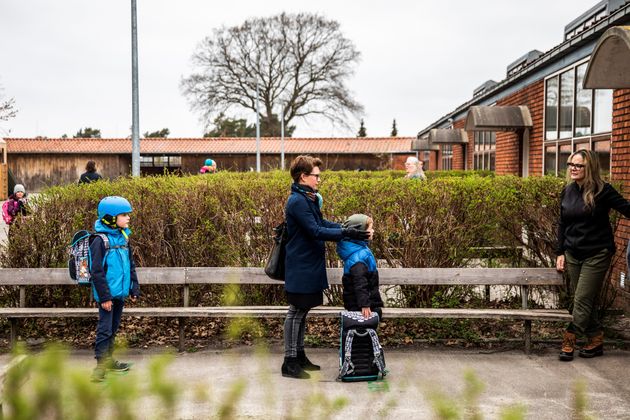 The ability of students and teachers to follow such health and safety requirements could play a key role in preventing a surge of coronavirus cases when schools reopen. When Israel resumed classes in May, for example, it required students in fourth grade and higher to wear masks. Windows were to be kept open to promote ventilation, and students were to be kept six feet apart.

In many schools, however, physical distancing proved impossible. And when a heatwave hit, schools shut their windows, and the government lifted the face mask requirement. Soon, coronavirus cases began spreading like wildfire. By the end of the school year in June, 977 students and teachers had contracted the coronavirus, and Israel’s Education Ministry had closed 240 schools and quarantined 22,520 students and teachers, according to The New York Times.

Other countries “definitely should not do what we have done,” Eli Waxman, a professor at the Weizmann Institute of Science and chairman of the team advising Israel’s National Security Council on the pandemic, told the Times. “It was a major failure.”

Early signs from the US, however — where photos have shown crowds of students mingling in school hallways, without face masks — suggest that some school districts have not learned from Israel’s experience.

Day two at North Paulding High School. It is just as bad. We were stopped because it was jammed. We are close enough to the point where I got pushed multiple go to second block. This is not ok. Not to mention the 10% mask rate. pic.twitter.com/JKbGYqG9RS

A key question surrounding the reopening of schools is how susceptible young people are to the coronavirus — and how likely they may be to spread it to adults, including teachers, parents and other members of the community.

The science surrounding how coronavirus affects young people remains unclear. Studies have suggested that children are less likely to become severely ill from coronavirus, and may be less likely to transmit it, but the evidence is not conclusive.

This week, a new study led by Public Health England found that children under 16 accounted for just 1% of coronavirus cases in England, suggesting the “limited role of children in the pandemic.”

Another study, expected to be released in the coming weeks, is reported to have found that infections among students are driven by the high prevalence of coronavirus in the community, rather than the other way around.

“Evidence so far indicates that schools do not appear to be a primary driver of coronavirus infections in the community,” said Viv Bennett, Public Health England’s chief nurse. 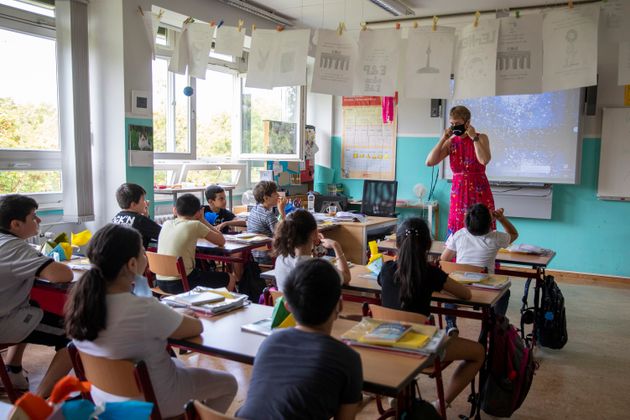 That finding dovetails with a research paper published last month by the Royal Society’s DELVE initiative, a group of scientists compiling data about the pandemic from the UK and other countries, which similarly found that schools have so far played a limited role in spreading the virus — a finding that may bolster government plans to send children back to class.

Yet the report’s authors also note that there is still much that’s not yet known about how coronavirus affects young people, and it is difficult to draw conclusions about which safety measures are most effective.

“This is new territory for schools and there is a critical need to understand from other countries how schools can open safely at close to full attendance,” the report states. “Robust evidence on effective mitigations is however, limited.”

In the end, according to Devi Sridhar, a member of the DELVE group and a professor and chair of global public health at the University of Edinburgh, the best way to avoid having coronavirus spreading through schools is to make sure that the infection rate in the community is already low.

“The safest way to open schools is to have no community transmission or extremely low,” Sridhar told the Telegraph.

“Schools operate within communities, and that’s my headline: The safest way to protect schools is to make sure it never gets to school in the first place.”

With reporting from HuffPost UK and HuffPost France.

A HuffPost Guide To Coronavirus