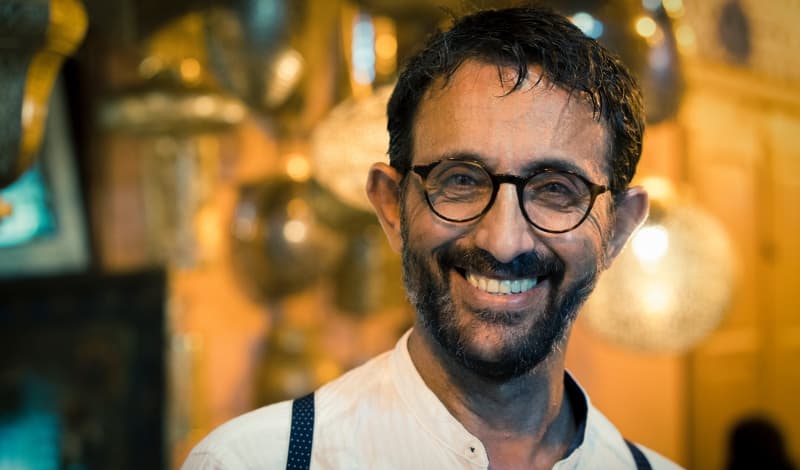 My father is a baby boomer, and I grew up watching him act out many of the stereotypes associated with men his age.

Thy misogyny bothered me most.

My mom wasn’t an individual human with her own needs — she was a nanny, cook, maid, and sex object. As long as he supplied the money, she had no right to complain.

He had his first affair — with his secretary — when I was 2 and my mom was pregnant with my sister. He lied about it to my mom’s face. “I would never do something like that to you.” As if she were the crazy one for being suspicious.

What mattered to him was appearance. Any deception was justifiable if it maintained his image.

He wanted a family that looked happy, and it was our job to uphold that illusion for him. There wasn’t a lot of emotional depth to be found if I had complex feelings. I stopped turning to him for comfort and counsel.

It took my mom over 10 years to realize just how manipulative and controlling he was, because he was a master at it. He could talk you into doing or thinking whatever he wanted — and you wouldn’t even realize it was happening.

He was a deacon in our church and directed the choir; he perfected the appearance of the handsome, successful, upright Christian man. On weekends he’d sneak off to the nude beach to drink and secretly take photos of women with his zoom lens. I don’t know how many affairs he had.

My mom isn’t perfect either, but I find it hard to blame her for being married to him. She was faithful and honest, if naive. She sacrificed years of her life to stay home and raise us kids. That was the message in church, after all: the man is the leader, the provider, the decision-maker. The woman must be submissive, supportive, and nurturing. It’s blasphemy to question your husband even if he’s hurting you.

They divorced after 14 years, and within a year my dad married his second wife — another wholesome, loving, committed woman, with whom I eventually found more emotional resonance than either of my biological parents. The cycle repeated itself. Another 15 years of emotional neglect and a divorce that happened while she was dying of cancer.

Many people seem to develop deep gender biases as a result of traumatic relationships with select individuals.

I’ve talked to men whose mothers or ex-partners were abusive to them, and many of them distrust all women now — an unreasonable extrapolation from a small sample of data.

In my case, it was the opposite: my family experiences taught me that men were the abusers and women were trustworthy.

My maternal figures had integrity and did their best for our family, but when my dad got bored and frustrated he looked for satisfaction elsewhere, regardless of how destructive the consequences were for his wife and kids.

I hated him for this.

I came to despise all the male chauvinism I witnessed in the world. That kind of attitude had torn my family apart and injured the women I loved.

In my early 20s I made my way out of Christianity and started to become more familiar with feminism. I still acted out many of the problematic patterns I’d learned growing up — as my ex-wife can tell you — but by my mid-late twenties, I was well versed in the ways that the patriarchy was a toxic force. I sought to fully understand the injustices endured by women.

Because it felt unsafe to connect emotionally with men, I mostly developed close friendships with women. I was often the trusted male figure they could talk to about the sexism they encountered. It was easy for me to see their side of things and validate their feelings. Sharing confidences with women at this level has always felt like a valuable privilege.

One time I met up with a Tinder match who described how frustrating it could be to interact with men on the app, and I said with wide-eyed sincerity: “Oh my god. I bet. I apologize for my gender.”

She laughed and said “thanks, that actually means a lot.” It was the start of a good friendship.

Women have gotten the shit end of the stick for millennia. Misogynistic ideas have been alloyed into our culture and it will take a lot of refining to remove them. My personal bias against men has not been completely unfounded.

However, in recent years I’ve found myself becoming more reluctant to automatically assume the worst about men. I realized I was sometimes inserting my bias into situations where it wasn’t accurate or appropriate.

When a scenario triggered something about my own past, I would assume I was witnessing my dad’s misogyny again, or some dysfunction from my own marriage, and would react accordingly; but without knowing the true context, I was only jumping to hasty conclusions.

It always infuriated me when men thought poorly of women because of personal experiences with a few bad people. Now it dawned on me that, to some extent, I was making a symmetrical logical mistake.

While patriarchal Christian culture played a big role in my upbringing and still hurts society today, there was another major factor that helped create a lot of my bias against men:

My dad is a manipulative narcissist.

That’s an individual issue. Both men and women can have that problem. In my life, it happened to be a man. Just because my dad has a personality disorder doesn’t mean all men are that way.

Upon further examination, I found that my bias was hurting me in three ways.

First of all, I was angry about a part of myself I had no control over. I believed men were monsters, which made me fear that I was monstrous too. This turned me toward self-hate and left me vulnerable to abusive tactics from one girlfriend in particular who was quick to blame many of our conflicts on my gender; I’d absorb the screaming and the vicious accusations because I thought I deserved it.

Secondly, I discovered I felt a sick kind of satisfaction when I saw men suffering. “Serves him right” — as though all men were my dad, and anything bad that happened to them was the punishment they deserved for what they’d done to me. This was irrational and sadistic.

And third: holding such a harsh bias against men made it hard to get along with them. When I started working in a restaurant in close quarters with a few middle-aged men, I had to learn to tolerate certain small things that triggered me and save my outrage for the things that really mattered.

What I really want to see is gender equality, and getting there from a place where men are dominant does mean fighting against male dominance. I used to think all harmful actions against men were justified for this reason, but now I think I need to consider each person’s humanity inside the greater context of many overlapping factors.

One of the ways I examine my bias is with a thought experiment I call “flip the genders”.

Imagine you’re eating in a restaurant when you see a man and a woman out on a date. They’re having a nice time, until one of the woman’s friends unexpectedly runs into them, sits down at the table, and the woman proceeds to talk to this friend for 20 minutes and ignore the man; the man is visibly frustrated, and eventually, he gets up and stomps out of the restaurant without saying anything.

A few years ago, my first thought might have been: the man is impatient and controlling, and he was childish to storm out like that. He can’t even handle sharing her attention for 20 minutes; what’s the big problem, exactly? What if they were only having a casual dinner, and she ran into a good friend she hadn’t seen in a very long time? Can’t he be a little bit understanding of that? He’s hurting her instead of loving and accepting her; he’s turned a neutral situation into a turbulent, stressful one, and he’s teaching her that she can’t have friends outside of him. What an asshole!

Now, let’s flip the genders and see how I feel about the situation.

This time, the man’s friend crashes their date, the man ignores his girlfriend for 20 minutes to talk to his friend, and the woman gets frustrated and walks out.

What assumptions do I make now? Well, it sure seems rude that the guy would ignore his girlfriend like that. What if it was their anniversary or a special occasion? He should have told his friend they’re having a private dinner and asked him to go. She’s practically a saint for tolerating this for 20 minutes; of course she’s frustrated! And she’s being pretty diplomatic by simply leaving the restaurant, rather than making a scene. Serves him right if he feels embarrassed now. Maybe he’ll learn something.

Turns out, the actions of the people involved had nothing to do with gender. It could have realistically happened either way. There was a lack of mutual understanding, communication, and boundaries, for sure; but then I projected my own bias onto the situation — the man is always the jerk. I automatically sided with the woman in both cases, and when that’s the outcome of the experiment, I know my perception is biased.

The reality is that unless I know them personally and the context of their lives that evening, it’s impossible to say who was the asshole in this situation. If I reacted based on my own bias and criticized the man, I would be the asshole.

This gender reversal test can be used in a wide variety of situations. Not only can it reveal bias in gender-neutral situations, but it can also show you which situations are, in fact, imbalanced. For example, if you’re an office worker in a male-dominated industry with 25 men and one woman, the playing field is far from level. Men making sexual jokes in that context have a lot of power to make the woman feel uncomfortable and unwelcome, but there’s little the woman could do to create the same kind of threatening experience for her male counterparts.

I’m trying to learn to do thought experiments like this on the spot, before reacting. Until something clearly reveals itself as a gender-motivated problem, I think it’s healthier for me to avoid defaulting to accusations of sexism.

This doesn’t mean I will ignore the cultural factors at play and the imbalance women face in the world. I still want to acknowledge inequality where it exists and try to address it.

It only means that gender itself doesn’t automatically inform everything I need to know about a situation. There are important trends, to be sure, but individuals are more complex than the trends that influence them.

As I’ve worked on making this change, I’ve discovered that some men are not so horrible after all. There are some who I can even trust with my feelings.

This post was previously published on Change Becomes You and is republished here with permission from the author.
—

If you believe in the work we are doing here at The Good Men Project and want to join our calls on a regular basis, please join us as a Premium Member, today.

All Premium Members get to view The Good Men Project with NO ADS.

Need more info? A complete list of benefits is here.

Talk to you soon.

The post Why I Assume Bad Things About Men appeared first on The Good Men Project.