This Brown Sugar Pineapple Ham is the perfect Christmas or Easter Ham recipe! We made a delicious cola and brown sugar glaze for ham, and combined it with crushed pineapples. This spiral ham is easy to make, and filled with SO much flavor!

This Brown Sugar Pineapple Ham recipe is perfect for Easter or any other holiday. The brown sugar cola ham glaze is just delicious!

Nothing says EASTER like a good Easter Ham recipe. This Brown Sugar Pineapple Ham is just perfect for the holiday because its super tasty and super easy!

This is the best spiral ham recipe out there. Simple, delicious, and something everyone will love. The glaze is a mix of cola, brown sugar, and pineapple, so its got plenty of flavor. It will look so beautiful at the center of the table, surrounded by whatever side dishes you decide to serve.

This Pineapple Brown Sugar Ham is the PERFECT holiday or Easter ham! 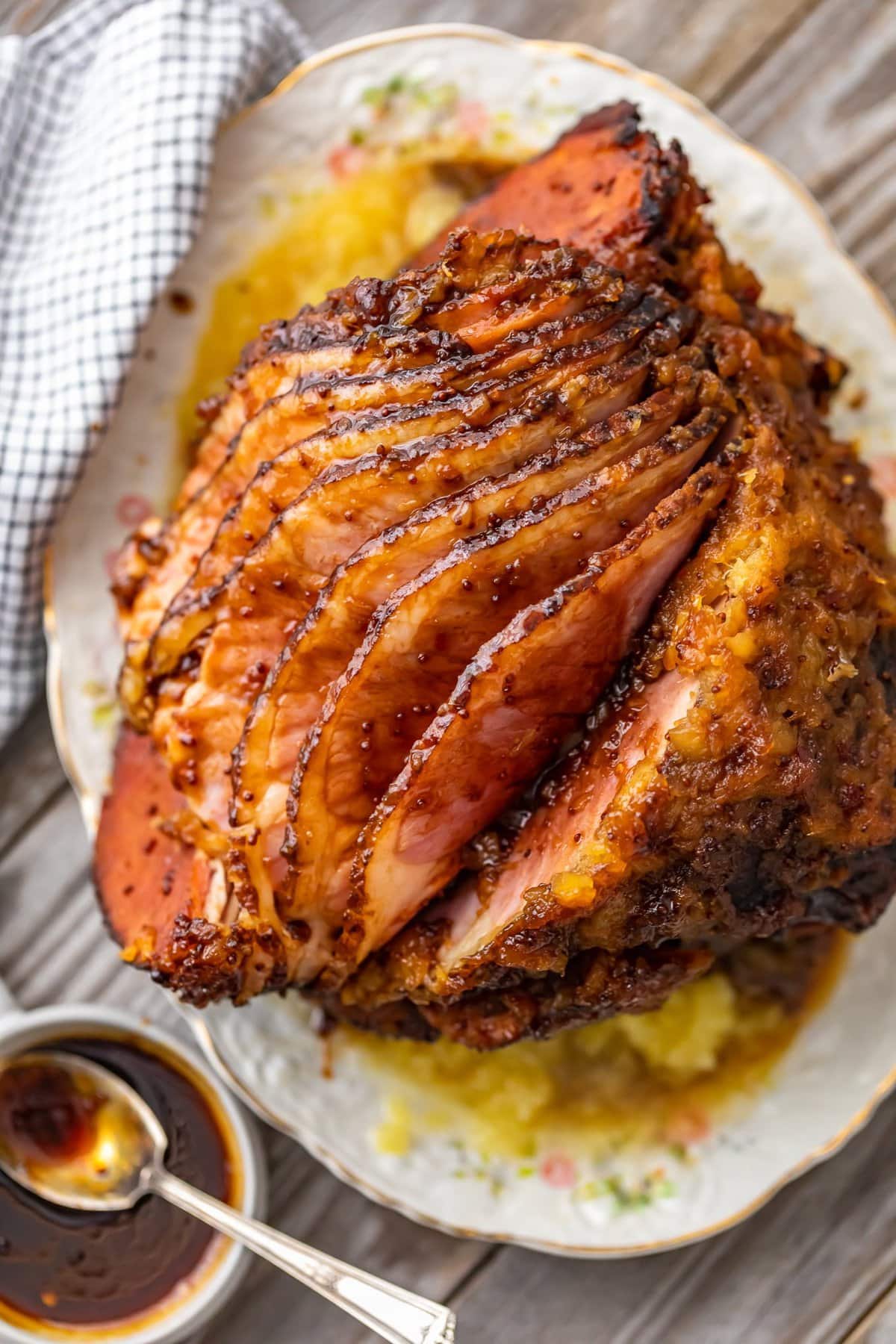 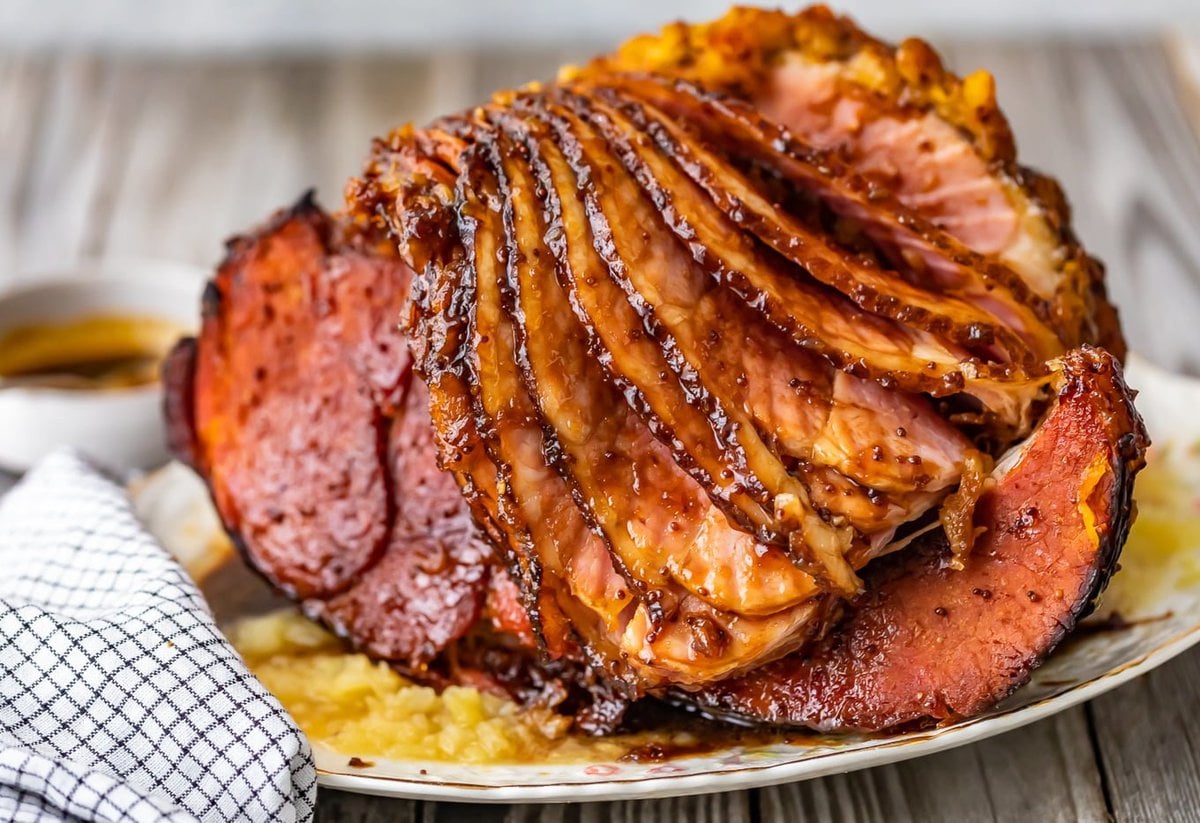 This spiral ham makes holidays easy, and with this amazing cola, brown sugar, and pineapple ham glaze, this just might be the BEST spiral ham recipe. Especially for Easter and other holidays!

What is a spiral cut ham?

Spiral-cut hams were made for convenience. It can be pretty difficult to cut bone-in hams, and most of us dont want to deal with that at the holiday table.

A spiral ham is cut (before you buy it) in a spiral shape around the bone. This leaves the meat on the bone, but makes it really easy to slice the ham when youre ready to serve it. Genius!

How long do you cook a spiral ham?

As with any meat, how long to cook a spiral ham depends on the size of the ham and your oven. It will vary slightly, but a good rule of thumb is about 10-15 minutes per pound of meat. However, simply following our recipe, you will get a perfectly cooked ham! 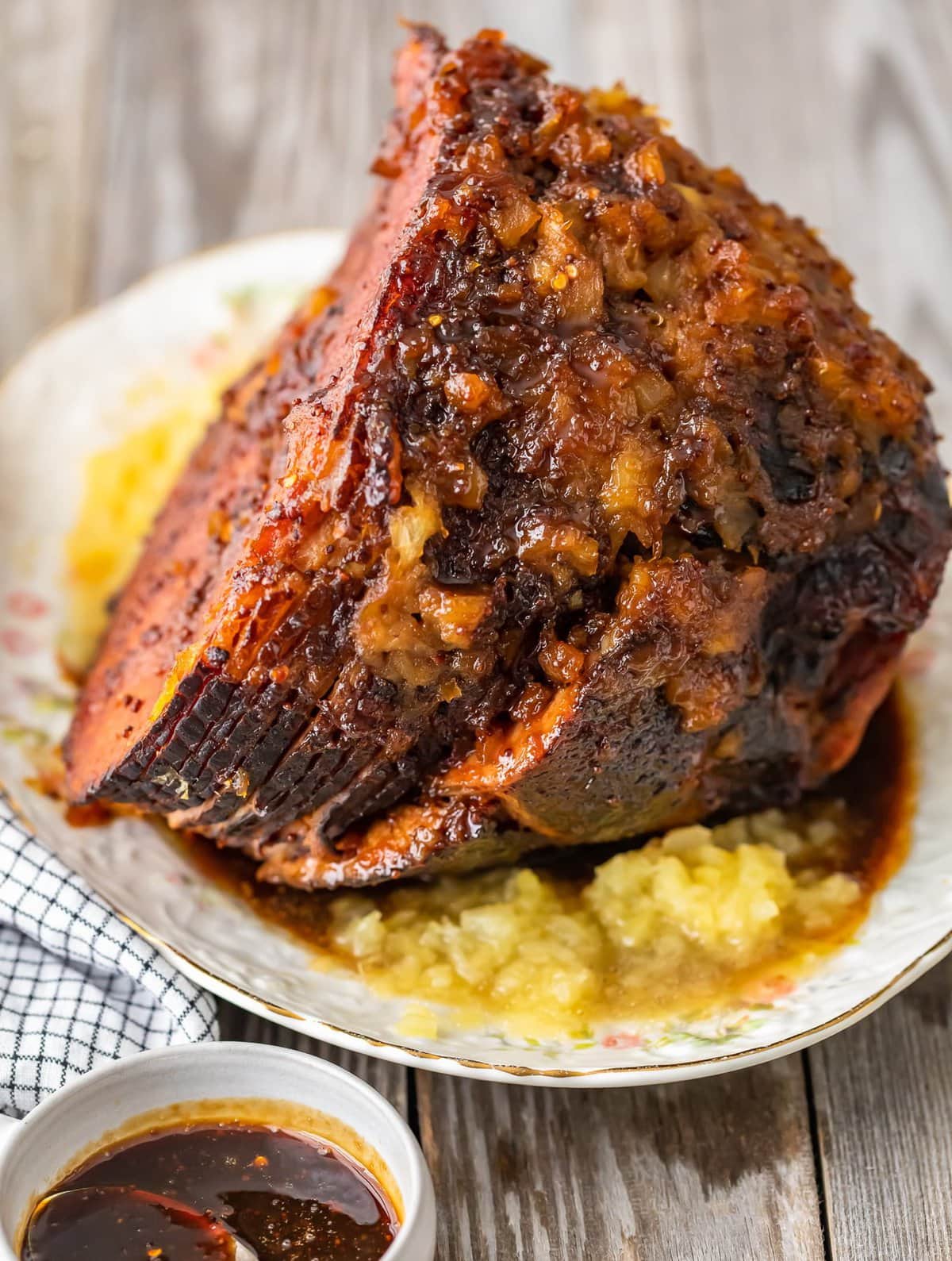 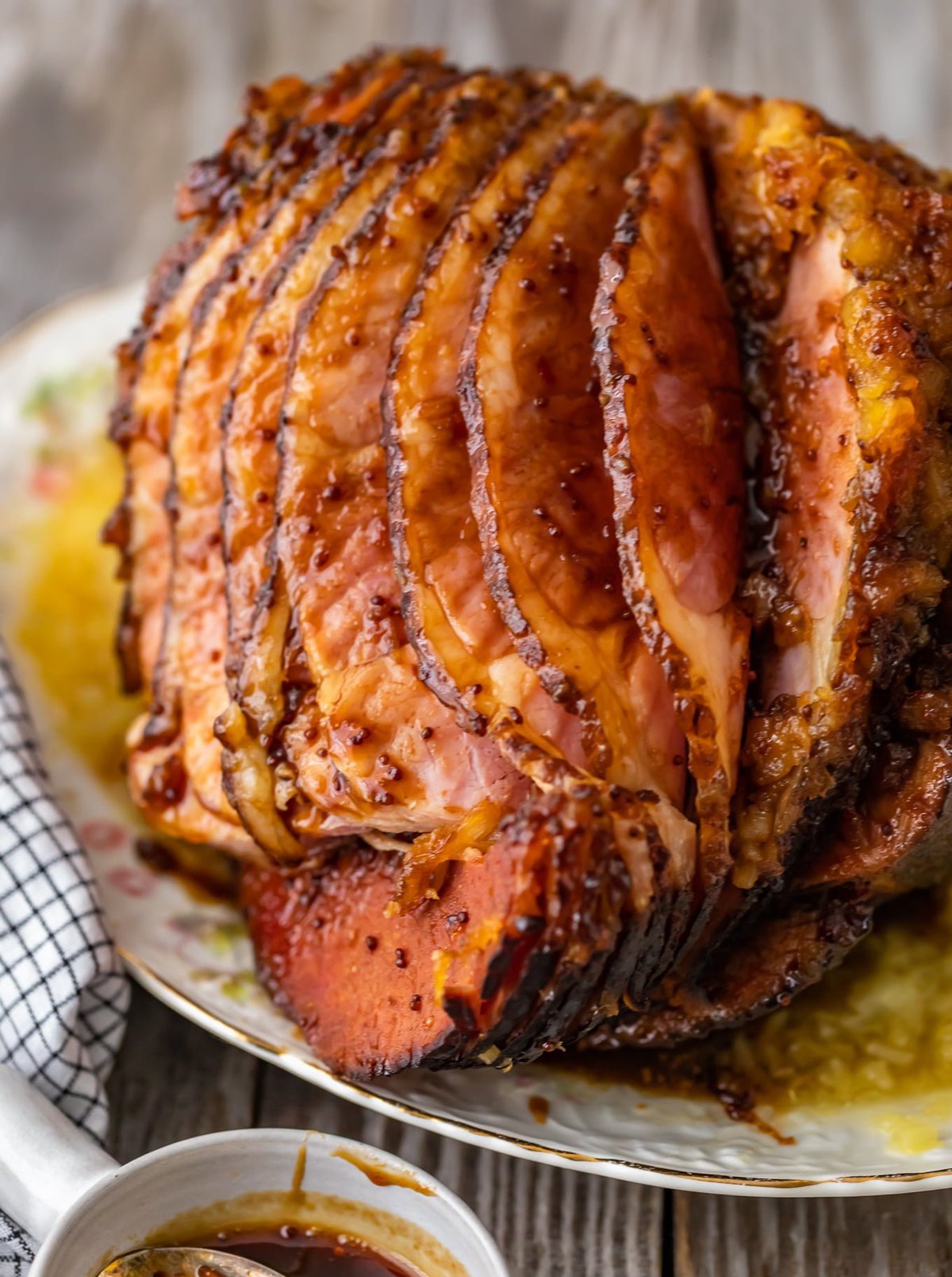 The pineapple, brown sugar and coca cola ham glaze is what gives this recipe all of its flavor! Its an interesting mix of ingredients that combine to create one TASTY glaze.

We start with the cola and brown sugar ham glaze, made on the stove top. That gets poured allll over the ham, and then we add in the crushed pineapple separately, but it all mixes together as the ham bakes in the oven. We use this same glaze to baste as it bakes, so more and more flavor and moisture gets added in throughout the whole process.

How to Make Brown Sugar Glaze for Ham

This brown sugar pineapple ham glaze is super easy to make. You can make it on the stove while the ham goes through the initial baking process, so its ready to glaze when the ham comes out.

To make the glaze: 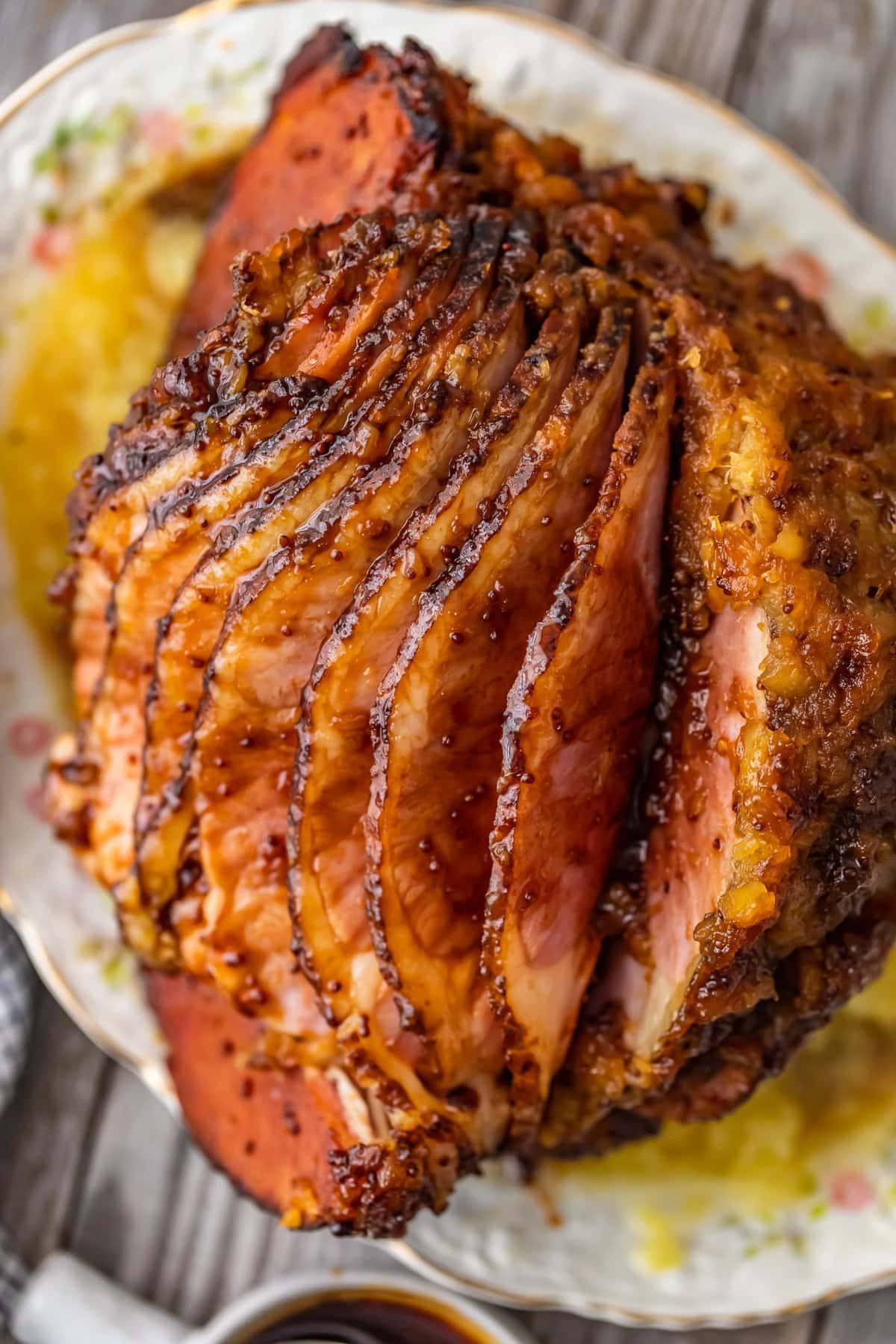 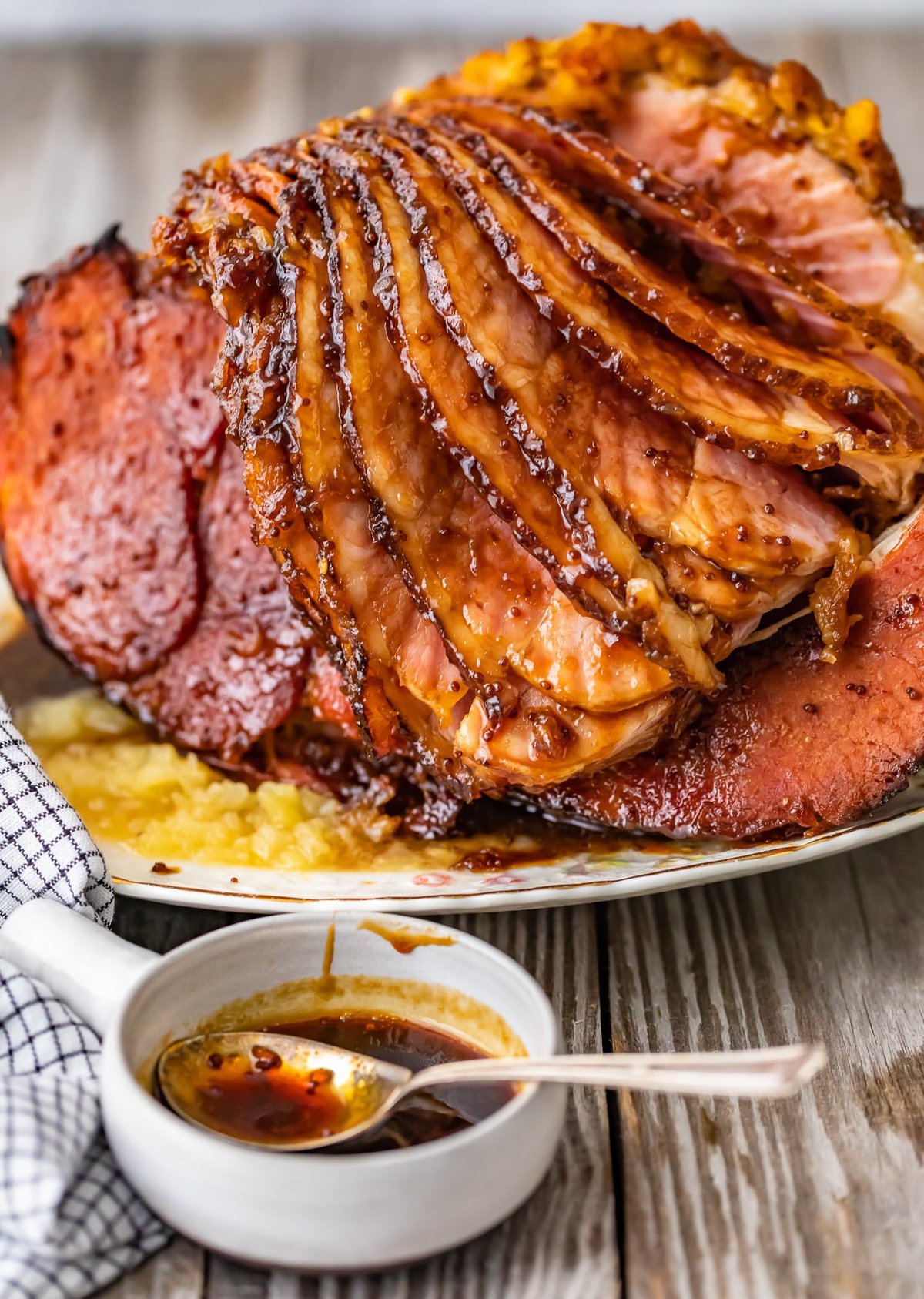 This brown sugar and pineapple ham recipe is hassle free! The glaze is easy to make, and the ham just needs a bit of basting and some time in the oven.

Check the recipe card below for full detailed instructions!

This brown sugar and pineapple spiral ham is the perfect Easter Ham! Its so easy to make and takes all the stress out of a holiday meal. This just makes a great holiday ham in general. Try it for Thanksgiving or Christmas too!

If you are making it for Easter Dinner, try it with some of our favorite Easter recipes! 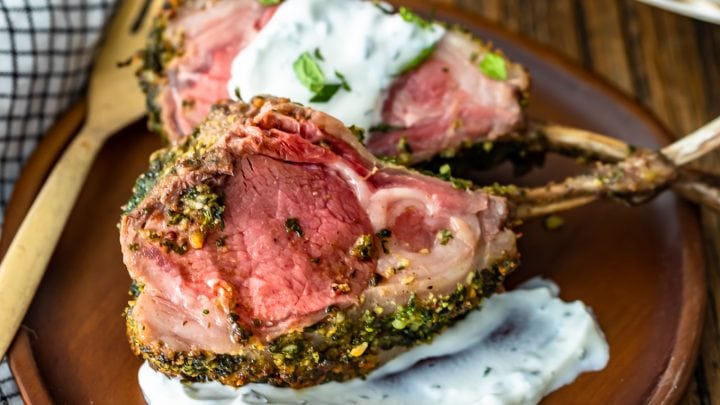 Beautiful rack of lamb with an herb crust and mint yogurt sauce. 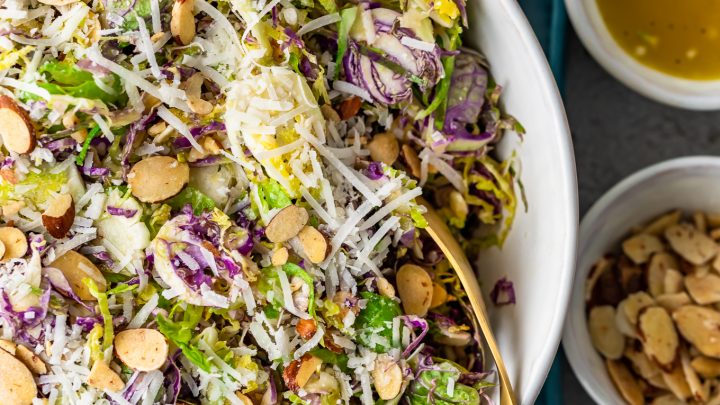 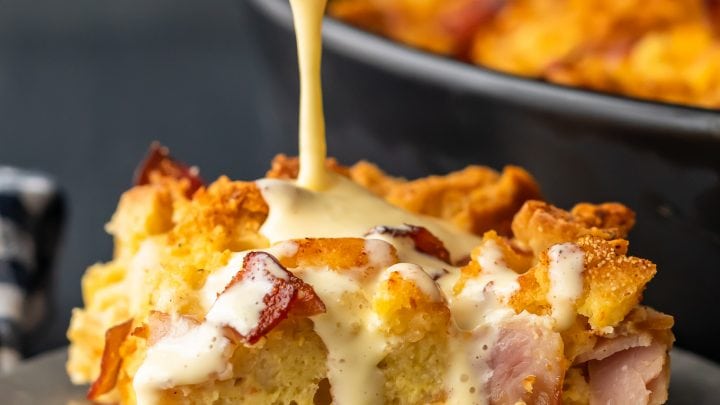 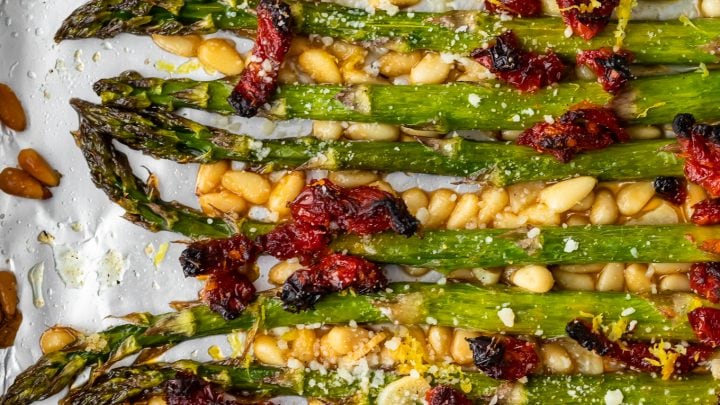 Delicious roasted asparagus is a great side dish! 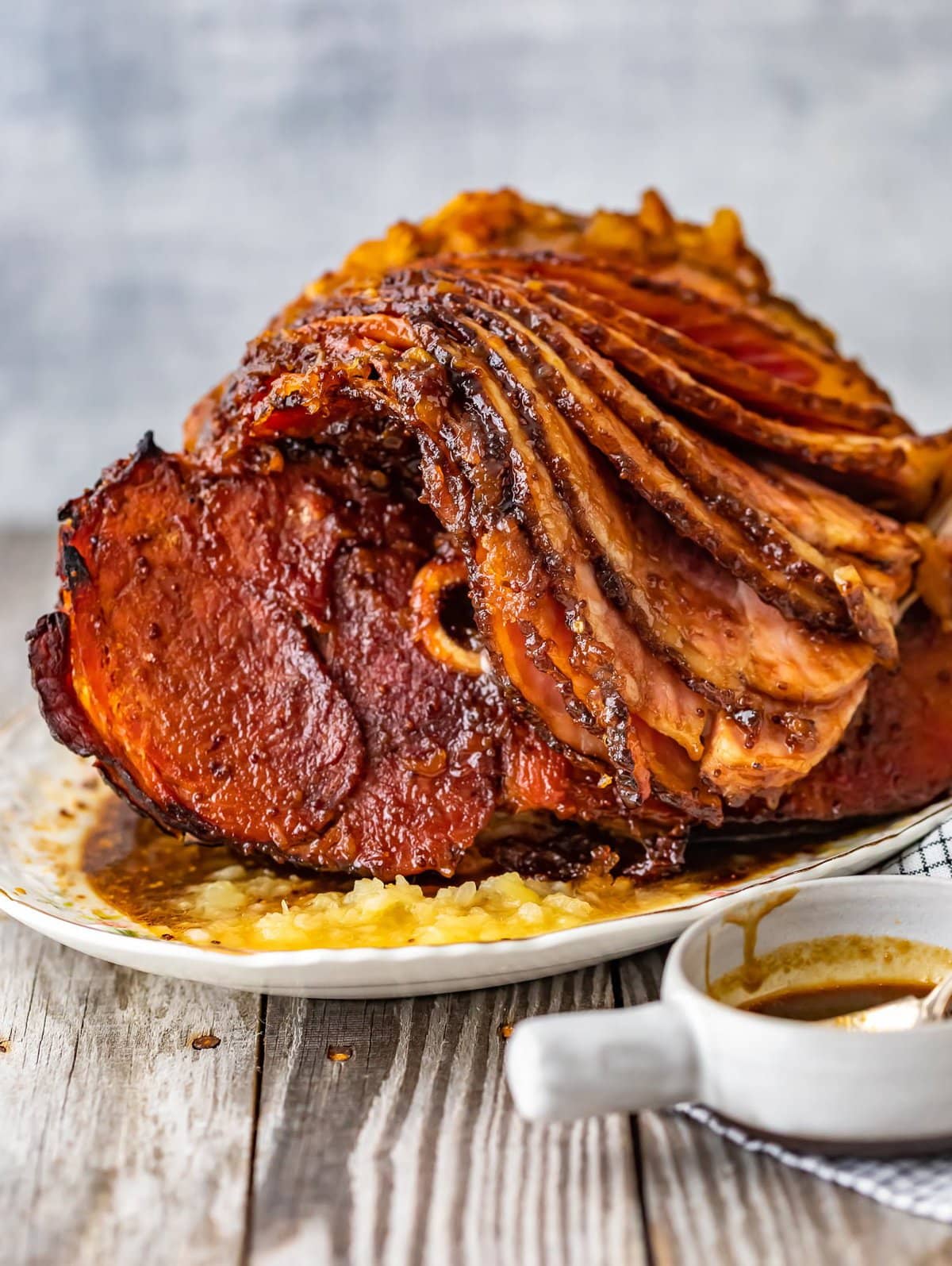 Whether you make this as your Easter Ham this holiday, or for another occasion, I hope you enjoy it as much as we do. This brown sugar pineapple ham is just delicious, and I cant for you to try it!

See the recipe card for details on how to make Brown Sugar Pineapple Ham. enjoy!

Dont forget to try these other easy pork recipes too: 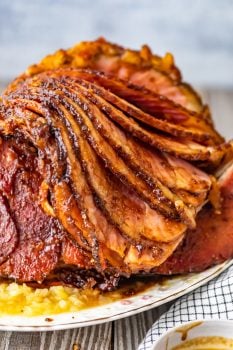 This Brown Sugar Pineapple Ham is the perfect Easter Ham recipe! We made a delicious cola and brown sugar glaze for ham, and combined it with crushed pineapples. This spiral ham is easy to make, and filled with SO much flavor!

For the Brown Sugar Cola Glaze:

For the Spiral Ham:

For the Brown Sugar Cola Glaze:

For the Spiral Ham: