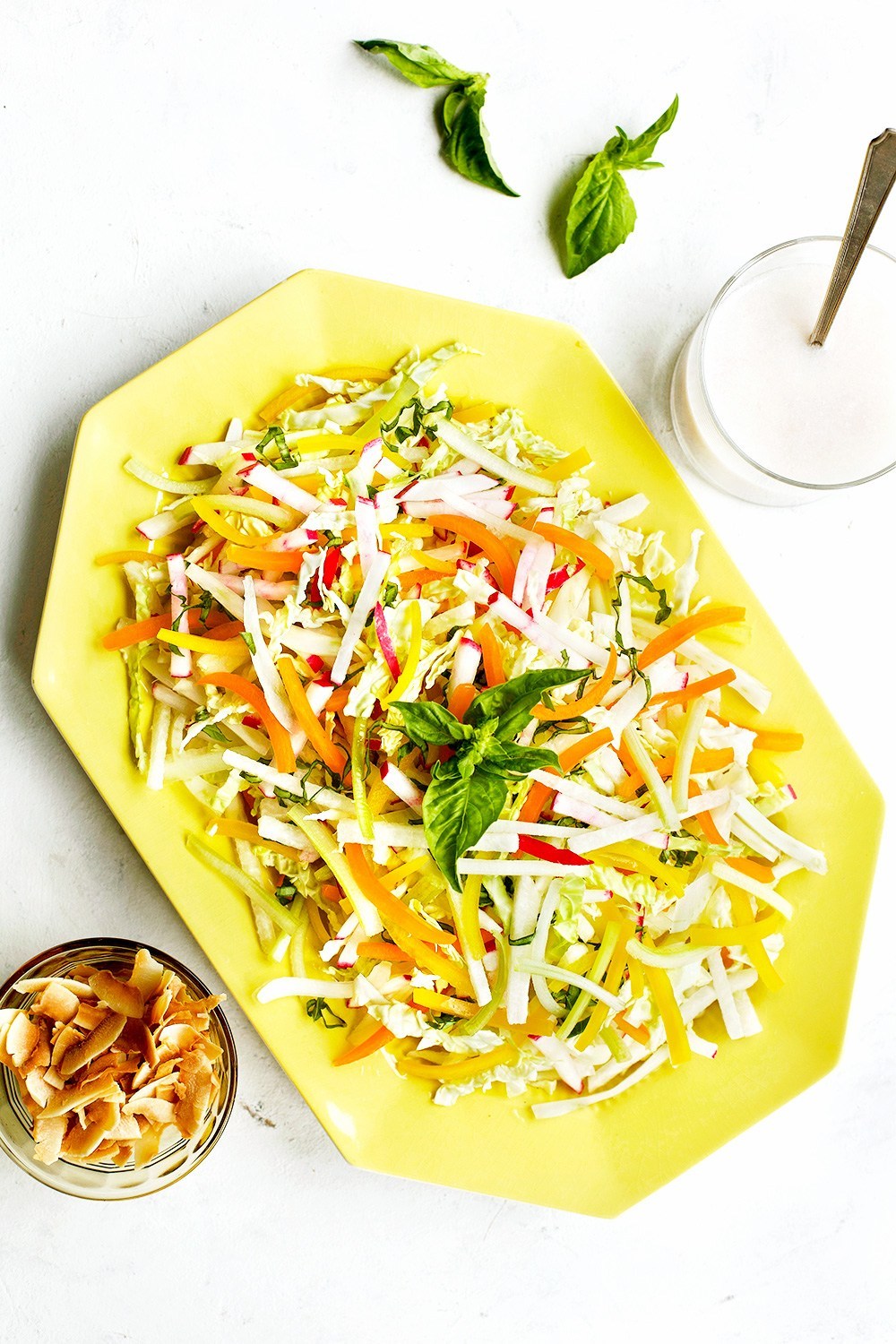 This Coconut Milk Veggie Slaw has a nice hint of coconut flavor. It is extremely satisfying and packed full of healthy crunchy vegetables. This slaw is wonderful on its own, especially when topped with toasted coconut. It is also perfect as a side dish.