Several years ago, in Seattle, in the course of one evening, I ate 60 oysters.

I was working on a story for a magazine on ales and oysters which ones tasted best with which ones (porters and stouts came out well) so I visited five of the citys brewpubs and ate a dozen of the mollusks at each.

I was certain that, statistically alone, I would sicken overnight, but that did not happen. My hotel was Seattles Alexis and, in the morning as the sunlight streamed through the soaring windows of my room like rays waterfalling into a cathedral, I woke on my back and felt like Sigourney Weavers character in the original Ghostbusters, Zuul, floating her off her bed.

My limbs never had felt so light.

I thought that I had read somewhere that Asian apothecaries sell powdered dried oyster meat for joint or arthritis pain, but that proved to be a pharmaceutical myth. But if thats what 60 oysters will do for a body, bring them on.

Oysters grow on ocean coasts the globe over. No need exists anymore to attend to buying them during months in which the name includes the letter R. For us, those months are generally the coldest of the year and allow for both the tastiest growing and the safest shipping conditions.

However, that was the line when air transportation did not allow for the speedy import of oysters from an opposite hemisphere. (Anyway, get them while theyre, well, not hot, for as with all foods now growing in warmer temperatures, that will change.)

Its astounding to note the popularity of oysters in this country between the War of Independence and the heyday of the Western Expansion. Writers of all sorts and from all parts of the nation tell stories of the shipping paths of oysters from colder sections of the country to its inland reaches; of oyster parlors and saloons that resembled speakeasies; of all manner of uses of oysters in cooking from
plain to fancy.

Pells Oyster House, hundreds of miles from the nearest ocean, operated in downtown Denver for more than 50 years, from the late 1800s until 1937. For that, bless the Transcontinental Railroad, sturdy oak barrels, ice and oatmeal for keeping the bivalves alive for days.

Oyster cookery was more popular in this country until the 20th century when a taste strongly developed for raw oysters on the half-shell. Nothing wrong with the latter, as I would be first to attest, but getting back to cooking with oysters is redolent of our common past when, in a way of thinking about it, one of our early regional cuisines that born of coastal aquaculture also became one of our truly first national cuisines.

Todays recipes are for two famed preparations of oysters. The Rockefeller in one name refers merely to the richness of the dish; the recipe originated in New Orleans, far from John D.s home state of New York. Oysters Casino are a turn on Clams Casino, originally from Rhode Island, and have little to do, from what I could find, with any gambling.

Use common kosher salt to steady the oysters for the oven and even for service. Food-grade rock salt (what you might find in some recipes such as these) is difficult to find, but a large box of kosher salt is less than $3 at a restaurant supply store, slightly more at a grocery store. The ingredients given are for a dozen oysters; multiply as you and your guests require. In the Rockefeller recipe, cooked fennel substitutes for the traditional few splashes of Pernod liqueur.

The cooking directions for both sets of oysters are identical, so they are not repeated. To cook the oysters, heat the oven to 450 degrees and position a rack high and under the broiler element so that the oysters will broil at least 2 inches from the heat. Pour the box of kosher salt into an ovenproof pan or skillet and arrange and embed the oyster halves in the salt. Distribute evenly a dollop of the flavored butter onto each. Turn on the broiling element.

Broil long enough to heat the oysters through, rotating the pan if necessary, to evenly distribute the broiling heat, about 56 minutes total. Serve, if possible, on the salt.

In 2 tablespoons of the butter, saut the scallions, parsley, and fennel until cooked through and nicely softened, about 10 minutes. Add to a processor, along with the remainder of the butter and all the other ingredients except the oysters. Blend until smooth and completely incorporated, scraping down a few times to assure that.

Cook to the halfway point the bacon slices (for example, 2 minutes on high power on paper toweling in the microwave); set aside to drain, then cut into 12 diamond-shaped pieces; reserve. Blend the remaining ingredients in a processor until smooth and completely incorporated, scraping down a few times to assure that.

Subscribe to our new food newsletter, Stuffed, to get Denver food and drink news sent straight to your inbox. 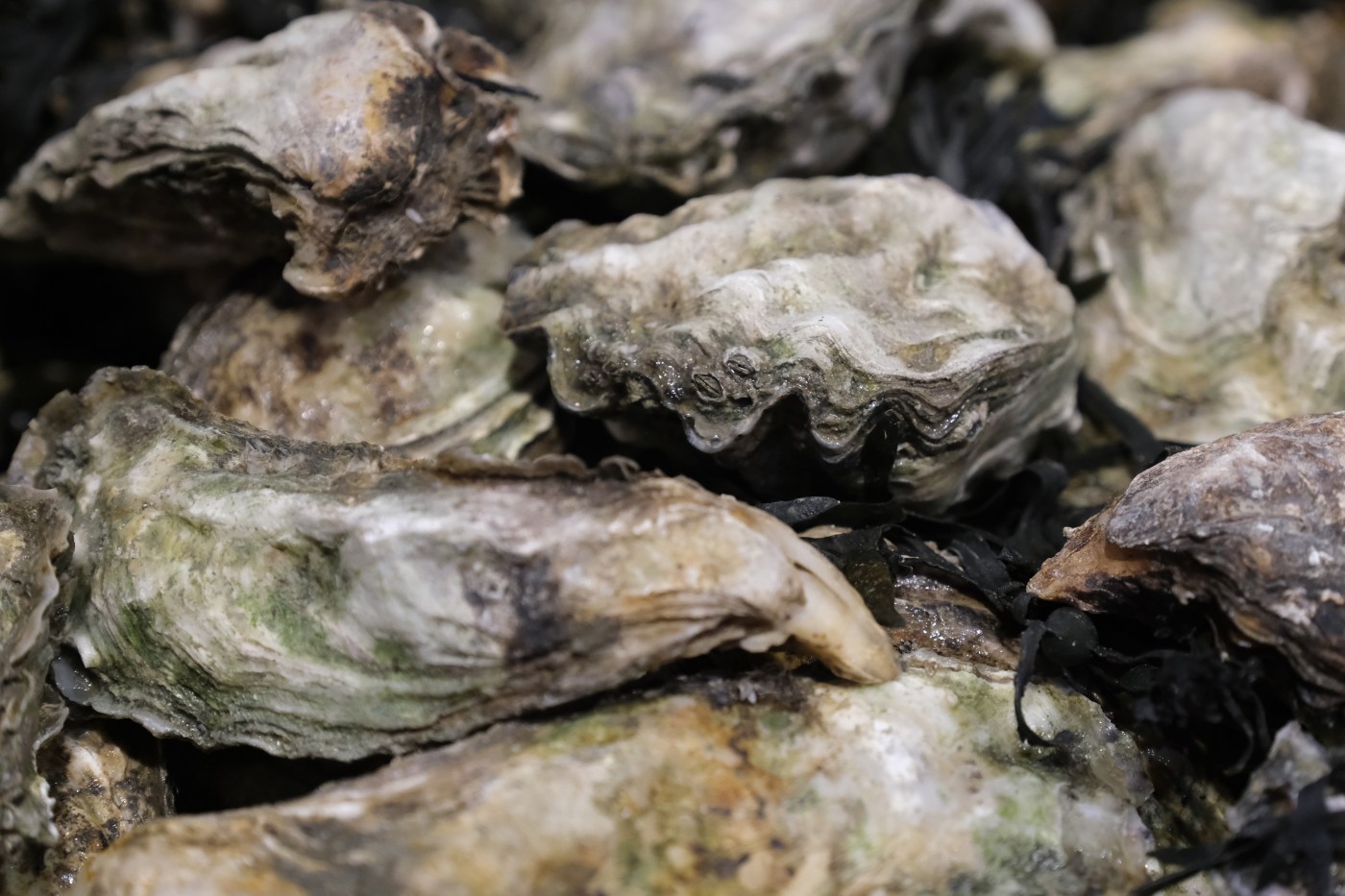